Axsun is pleased to announce the opening of its new Office/terminal in Quebec City, QC.

Axsun is pleased to announce it is Launching Double Stack Refrigerated container service for cross border service between Eastern Canada and California.

We are extremely excited as we bring in a new cost saving mode to the market that will allow shippers and receivers of temperature controlled products, to benefit from true Double stack service on the rails. This new service is to start in January of 2012.

Axsun is pleased to announce the opening of a new office in Mexico City. 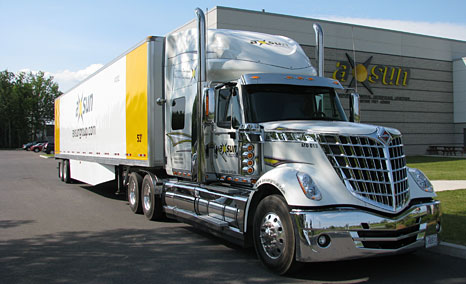 Axsun is pleased to announce the commencement of its services into long haul trucking. As Canada’s leading Intermodal service provider we have extended our reach with long haul trucking giving customers the ability to expedite matters when Intermodal cannot meet the required transit time.

Through its 3 operating divisions, Axsun Logistics, Axsun Transport and Distribution and Axsun Global, the Axsun group of companies offer a complete transportation solution for all your needs in North America and throughout the world. With our technological advancement and development with S.A.P. Axsun can seamlessly integrate to any platform.

We thank you very much for your loyal support as we continue to expand in offering a “one stop solution”.

Axsun Transport and Distribution announces it has signed its first agreement with Canam Manac to build new over the road trailers to commence long haul activities. Expected delivery of the units is to arrive at the end of June 2011.

Axsun Transport & Distribution signs new agreement with Garage Lague an International Truck distributor to receive an additional 40% of new Lonestar trucks. Axsun Transport and Distribution continues to expand its local cartage business in the province of Ontario and Quebec, and its new expansion into long haul trucking Throughout the United States and Canada. Delivery of these new units to commence in Sept 2011.

Axsun Transport and Distribution increases fleet size by an additional 30%. The expected deliveries of Day Cabs and Sleeper Units are to arrive during May through October 2011.

Axsun signs its first agreement with Wajax Industries securing its first container stacker to be used in its expanded facility in Montreal (St Hubert). This will provide flexibility of container storage and operations 24hours a day, for its International and North American Intermodal shipping customers. ETA of delivery expected in June 2011.

Axsun is pleased to announce it has signed an agreement with CIMC to build and receive its first initial order of new 53 foot containers for the end of the 2nd quarter of 2011. These new containers will be used primarily for the Cross Border North American Intermodal marketplace. Alongside with our trucking and chassis fleet, we will be able to provide Eastern Canada customers with securement of equipment particular during peak shipping times. 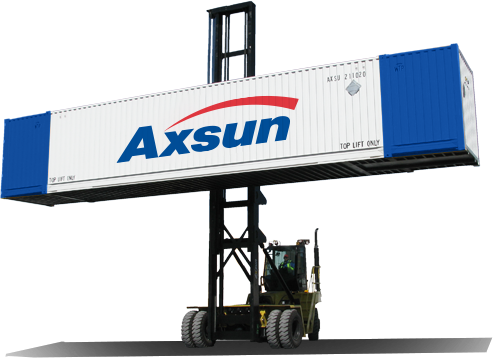